You aren’t responsible for your child’s choices

Last week, I found myself encouraging a mum who was very disappointed by her child’s choices. She was apologising to me. I think I was able to help.

The interaction reminded me of an article by Gretchen Ronnevik that describes something she calls “The Incident” and the response by a teacher that was profoundly helpful to her.

“Do you have or had one of “those” kids? Every family should have at least one. They humble you. They break the mold of the family, and they can break their parents at the same time”

Jacqui and I didn’t; well not ones who caused issues at school. For me, it was a privilege and positive experience to have our three girls at the schools in which I taught. I didn’t teach any of them, but I coached all three at different times in basketball. I would see them around the playground, be there for assemblies and performances and would pick up what was going on in their lives. They would help me enter names into the timetable program following subject selection! It was great.

The only down side was for Jacqui, as she would feel ‘out of it’ when we talking about ‘school stuff’.

“Once I had got the family fed one night, one of my daughters told me about “an incident” that happened that day at school with her brother in Grade 5.

He’d had one of his meltdowns, something we hadn’t seen in a while. He had thrown a chair, and there was yelling and crying.

Of course, there can be many reasons for a child’s meltdown, some even outside the child’s control. In our broken world—in which children often experience tiredness, immaturity, past trauma, illness, and developmental challenges, any one of which can contribute to a meltdown just as much as ill intent. But, whatever the root cause, it is not okay to throw chairs and scare other children.

My daughter was embarrassed by what her brother had done and it wasn’t the first time., And she didn’t want to dob, but she thought I needed to know.

The next morning, as I dropped off my kids at their classrooms, I dropped off the one involved in the incident last. I wanted to speak with his teacher and make sure everything was okay. She was busy checking kids in, so I stepped back and waited.

“So, we had an incident yesterday”. she said

The teacher proceeded to tell me the details, and let me know how they responded, and how the day ended.

In my mind, the staff had done everything right, but I was scared she was going to tell me next.

This woman looked at me and cocked her head with questioning eyes. “Why are you sorry? You weren’t even there. You didn’t do anything wrong. Your son did. I just need to make sure that he agrees to our code of conduct before returning to class.”

Her statement caught me off guard. It struck deep. I bit my lip. My face got hot, and to my embarrassment, I started crying. A pent-up dam was released. As a mum of 4 children, I hear it all.

“Control your kids.” “Your kid shouldn’t be doing that.” “Keep an eye on your kid.”

While all that might be true, I get so weary of people thinking I’m the cause of my children’s sinful nature. I must not be trying hard enough. If I just parented them better, they wouldn’t sin anymore.

Even though I knew Jesus took my flaws, I still bore the burden of my children’s flaws. I mentally, emotionally, and often physically bore the weight of it. God deals with my flaws, therefore I should deal with my kids’ flaws. I’m God’s ambassador to them, after all.

Yes, but I am not the Saviour.

Whenever I think back to that conversation, I’m reminded that I’m not built to bear my kids’ sin or their other problems.

There is only One strong enough to bear the guilt of others, and his name is Jesus. My boy’s teacher made that clear to me.

Parents, take on the light yoke of pointing your children to Jesus. Your role as a parent does involve discipline. It does involve being an ambassador. It does involve prayer, training, and correction. But it does not involve bearing some kind of “righteous guilt” over what they have done.

Teach your children right from wrong (the law). Teach them also what God has done for our wrong, and what that means for us (the gospel).

Jesus bore the weight of sin on the cross. He alone is the weight-bearer, and what a relief his strength is—especially on our worst days.

To all our Charlton parents, can I assure you on behalf of all the staff, it’s a great privilege to have your kids do life with us.

No matter whether its bumpy or smooth, you have our total, non-judgemental support and compassion. We pray that it’s a joy for you, but when it’s not; when it gets ugly, we are here to walk with you. 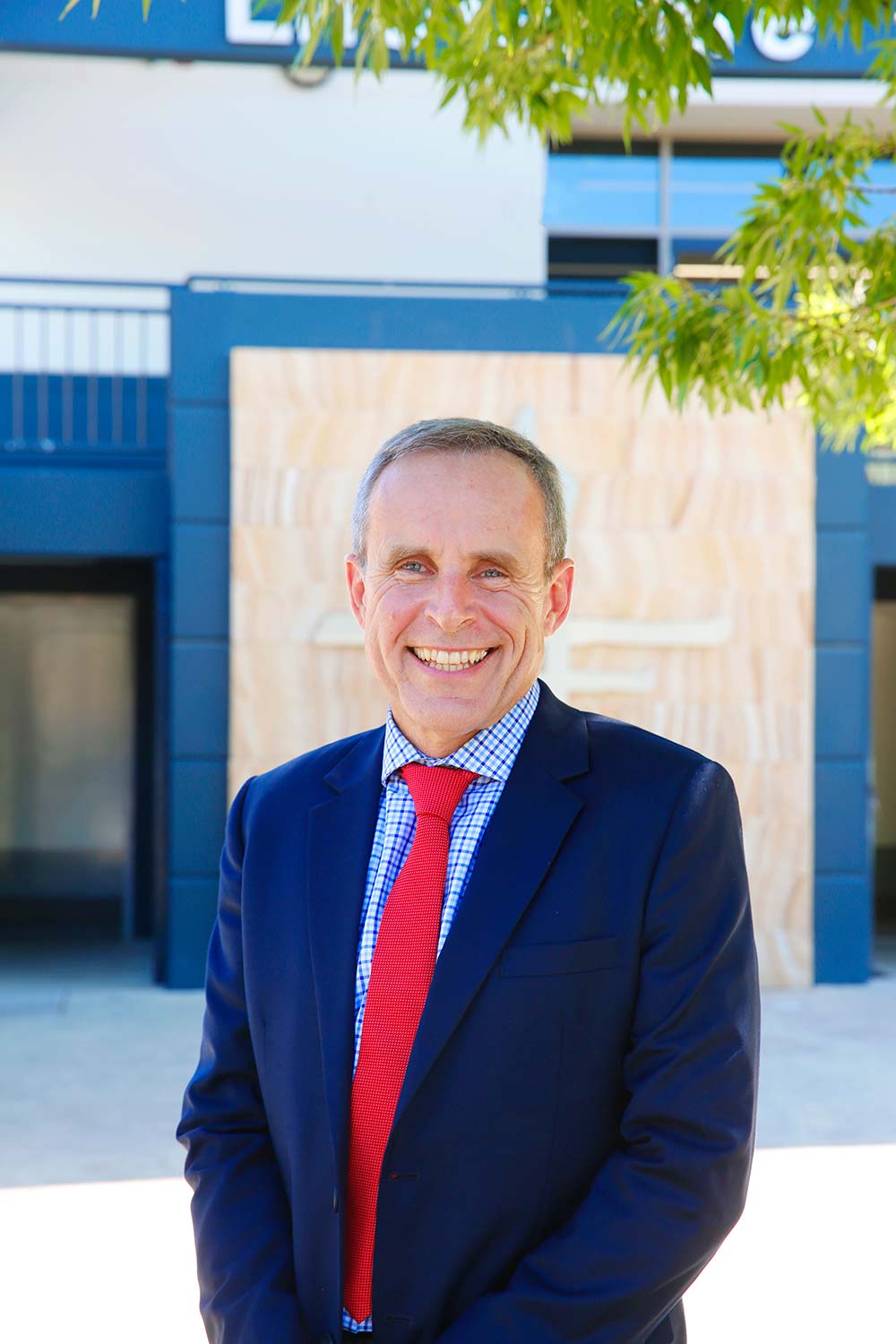